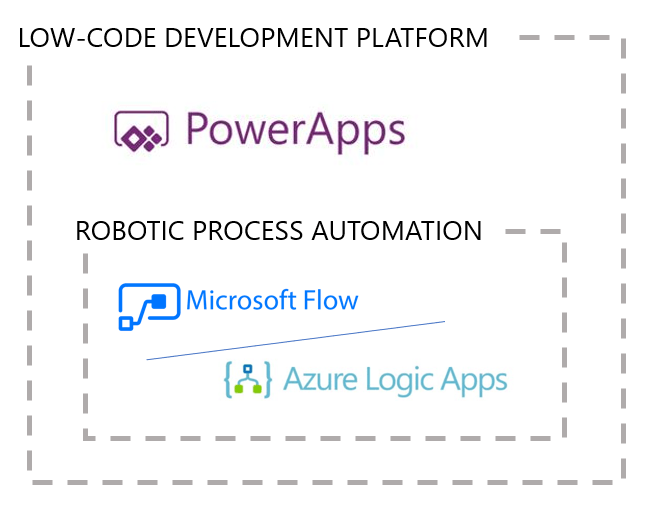 Rapid Application Development, Robotic Process Automation, Business Process Management Systems – these are all examples of Low-Code platforms. The market has already appeared in the 90s, but their popularity has grown strongly in the last few years. In this article, you’ll learn what the Low-Code platforms are, when you need them, and what future is waiting for them on the example of Microsoft platforms like PowerApps and Microsoft Flow.

Thorough transformation – Understanding ” The Why”

Before we get to know what the Low-Code platforms are, we first need to understand the reasons why we started to work on their development at all. For this purpose, let’s get back to the 90s. At the time, it was the era of computerization that got under way for good. E-commerce, e-government, e-society, e-everything has dominated the world as personal as well as business. It became obvious that there is no other way than to give IT a high priority in computerization of work and activities. Data Management, Information Management and Knowledge Management were gradually digitized, and business processes were transformed along with them. All this so that everyone can use private resources, corporate resources, and communicate with others from anywhere in the world and at any time of the day or night.

Where to get new programmers from?

Such a change naturally required the involvement of a huge number of IT specialists and engineers. IT specializations have become extremely popular and well rewarded. Everyone did what they could to increase the number of programmers:

Despite almost 30 years, the situation has not changed. Reports estimated that in 2020, 500,000-600,000 programmers will be missing out on the European market (source, source)! Only in Poland, my homeland, there is already missing about 50,000 of developers. Demand around the world is huge and Europe Union estimates that it will last until 2030 (source). But it is not surprising. More and more industries involve IT solutions (HR, marketing, art) and the same is for areas of activity (forecasting, chatbots).

Low-code platforms for the rescue

If the demand is greater than the supply, there are two strategies to keep the balance. Increasing the supply (that is increasing “the production” of developers) has been described above. However, method no. 2 consists in reducing demand for programmers. Is it possible? It turns out that yes and no need to blow up in the air half of the companies ;). It is enough to build a platform for effective, fast and flexible building of applications and processes. The platform itself has to fulfill 5 assumptions:

And that’s what the so-called Low-code development platform [LCDP] – a visual approach to application development. Microsoft has at least 3 such platforms. In the further part of the article I will focus on two of them: PowerApps and Microsoft Flow. They co-exist in a very close relationship not only among themselves, but also with more than 230 other platforms (Microsoft and non-Microsoft).

At LCDP, we build solutions using a drag-and-drop or point-and-click mechanism from the graphical interface. Thanks to this, building, modifying and maintaining it is extremely simple and saves a lot of time, and the effects are visible immediately.

Using LCDP is a bit like building with LEGO bricks. When you play with LEGO, you use manufactured blocks that are limited in size, color and number of pins. However, these dependencies do not limit the construction of complex and functional solutions.

With the use of LCDP you can build professional solutions supporting the company and what is important, the construction process itself is fast and agile, saving time and money.

Check out the application to scan business cards, which development took me 8 hours instead of 5 days!

This approach must give effects:

The possibilities of the platform itself are determined not only by the multitude of available “blocks” from which we can build a solution, but also the openness of the platform for integration. The PowerApps and Microsoft Flow platforms share a set of available connectors that are over 230!

One of such connectors are those related to HTTP query support which actually is synonymous with the ability to integrate the platform with any SaaS solution having a REST API (so the overwhelming majority).

But it is not everything. Microsoft Flow, like PowerApps or LogicApps, allows you to build your own “plug-in” (so-called custom connector). Developers can connect such Custom Connector, for example, with Azure Function, which can perform ANY operations using the C # code, Javascript, Python, etc. A good example is the application for document translation, which consists in:

Thanks to this approach, the document is translated in full, maintaining the formatting and layout of information on the page.

Use the resource according to your the needs

The scenario presented above has one more extraordinary advantage. This approach is definitely beneficial for more than 1 page of the software development process:

This is very important: using LCDP you do not give up the possibility of using solutions using a regular code.

LCDP and the vision of tomorrow

The last question is: is it worth letting LCDP platforms into your organization? There are some questions related to that:

So let me answer these questions briefly:

For me personally, Low-Code development platforms are a must for any company that wants to grow dynamically. They carry a huge revolution that once brought a window interface in operating systems. On the one hand, it’s just a change of interaction with the processor “on the other side.” But on the other hand, it is opening up to completely new possibilities.

If you would like to learn more about these platforms contact me! I will teach you how to use them, and if you want I can design a solution or simply build it for you!

Hi! I'm Mike and I'm #PowerAddict because all I do is showing others how much they can get from Microsoft PowerPlatform and the whole Office 365.
More about me... 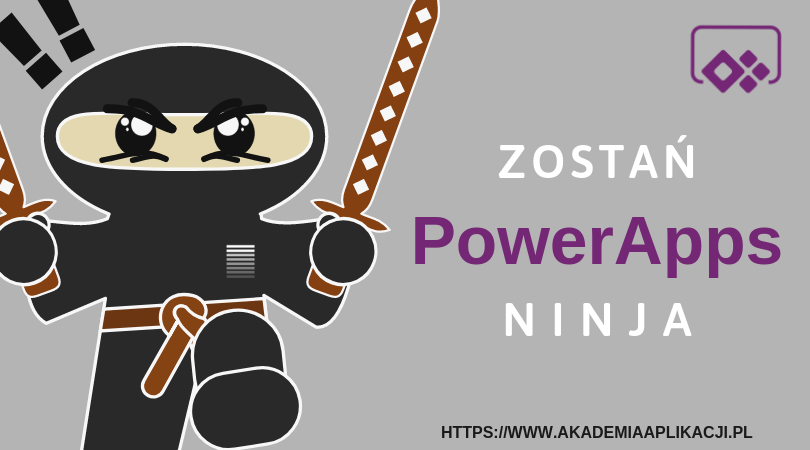